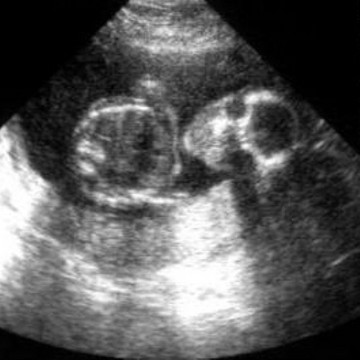 A new finding suggests that health during the first trimester of pregnancy had a noteworthy influence on the child’s cardiovascular risk factors.

Heart risks elevates for those who were small during the early stages of fetal development.

The first trimester “embryonic phase” could have a large influence of the offspring’s cardiovascular health.

Embryonic phase is the period of rapid development, when the heart and other major organs begin to structure.

The findings suggest that the first three months of pregnancy may be a crucial period for heart health later in life, the Dutch researchers said.

The evidence comes from a study tracking the health, from early pregnancy onwards, of 1,184 school age children born in the Dutch city of Rotterdam. The investigators assessed nearly 1,200 children at age 6 for cardiovascular risk factors such as amount and distribution of body fat, blood pressure and cholesterol and insulin levels.

Team at the Erasmus University Medical School examined links between the child’s size at the first scan (10 to 13 weeks) and markers of future cardiovascular health at the age of six (central body fat, high blood pressure, high insulin levels and high cholesterol).

“These results suggest that the first trimester of pregnancy may be a critical period for development of offspring cardiovascular risk factors in later life,” study author Prof Vincent Jaddoe, a professor of pediatric epidemiology at the Erasmus University Medical Center in Rotterdam said.

“If you are pregnant, or planning a family, you should be thinking about your baby’s heart health as well as your own,” she added.

“If you smoke, speak to your GP or midwife about quitting, and keep a check on your blood pressure.

“Your midwife will also advise you on other ways you can make healthier choices during pregnancy.”

It was found that smaller one had significantly more total fat and fat around the abdomen, higher blood pressure and unhealthy cholesterol levels, the study found.

But before rushing to intervene, “we need a deeper understanding of the strength, nature and mechanisms of the reported associations,” the researchers added.

The team found that at age six those who were in the lowest fifth (the smallest fetuses) had the most “fat mass and android fat mass (fat stored around the abdomen), higher diastolic blood pressure and an adverse cholesterol profile,” when compared with the highest percentile.

The researchers agree some of their findings may be a lucky shot, but propose a strong link between cardiovascular function and first trimester growth.

“Further studies are needed to identify the underlying causal biological mechanisms and long term consequences. Future strategies to improve cardiovascular health “may start from early pregnancy onwards or even before conception,” the researchers wrote.

“We need a deeper understanding of the strength, nature and mechanisms of the reported associations before rushing to intervene,” they said.