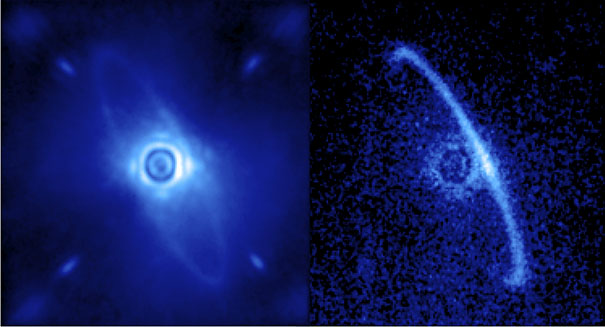 Gemini Observatory, Chile announced the launch of its new and powerful exoplanet capturing camera, Gemini Planet Imager (GPI) after decades of development, construction and testing. Exoplanets, or extrasolar planets, are those planets that orbits a star other than the solar system’s sun i.e they are outside our solar system, making their visibility too difficult.

GPI  which is mounted on the Gemini South telescope, has studded itself i 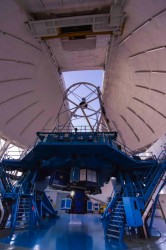 n the skies and returned its first images.

“Even these early first-light images are almost a factor of 10 better than the  previous generation of instruments. In one minute, we are seeing planets that  used to take us an hour to detect,” said Bruce Macintosh, of the Lawrence Livermore  National Laboratory,who led the team that built the instrument.

“Detection of the youngest and brightest planets is barely within reach of today’s AO systems,” he said. “To see other solar systems, we need new tools.”

At novice level GPI targeted known planetary systems, including the famous Beta Pictoris system and HR4796A, obtaining the first-ever spectrum of the newbie planet Beta Pictoris b. The first-light team also used the GPI’s polarization mode – which can pick up  starlight dispersed by tiny particles – to examine a soft ring of dust circling  the young star HR4796A.

Jupiter’s moon Europa was also on the list of the images  shown on Tuesday at the 223rd meeting of the American Astronomical Society  in Washington, DC.

Macintosh said, “Most planets that we know about to date are only known because of indirect methods that tell us a planet is there, a bit about its orbit and mass, but not much else” . “With GPI we directly image planets around stars — it’s a bit like being able to dissect the system and really dive into the planet’s atmospheric makeup and characteristics.”

GPI is pre installed with most advanced AO system. It is carefully designed to compensate the earth’s atmosphere turbulence that was the basic matter of concern for ground-based telescopes. The system detects atmospheric turbulence and corrects it with a  2-centimeter-square deformable mirror made of etched silicon with 4,000 actuators. These features make GPI a compact, sophisticated and stable device. Atmospheric distortions are corrected by the new mirror by adjusting its shape 1,000 times per second with accuracy better than 1 nanometer.

Along with its other parts, GPI,  can directly as well as quickly image extra-solar planets that are 1 million to 10 million times fainter than their host stars.

“The entire exoplanet community is excited for GPI to usher in a whole new era  of planet finding,” said Sara Seager, physicist and exoplanet expert, Massachusetts Institute of Technology.

The Gemini Planet Imager team has made a plan of launching a larger-scale survey in 2014, examining some 600 stars to see what planets might orbit them.