With the winters progressing, flu, cold and cough are also ready to affect you. The health experts suggest better to have the flu shots than to lie on bed this flu season.

According to the U.S. Centers for Disease Control and Prevention (CDC) latest weekly flu report, the number of U.S. states with flu infections has also witnessed an increase from 25 to 35 last week.

The government is gearing up to combat the flu cases with decking up its vaccination preparations.

The most dominant among all the circulating strain this season is H1N1 virus. The H1NI has created pandemic worldwide in 2009. 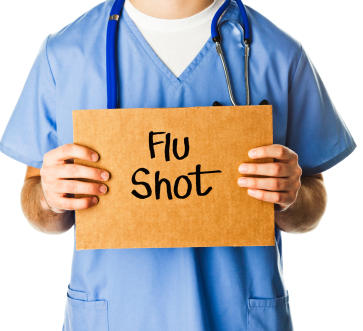 However, the relief of the hour is that this season’s flu has yet to be declared an “epidemic” as 6.9 percent of deaths have been recorded so far for the week of December 29, 2013 to January 4, 2014. The figures were below the epidemic threshold of 7.1 percent, according to the CDC. But CDC alerts the people, asking them to have the flu shots and be under medical supervision in case traces of flu are found.

The CDC has recommended flu vaccines for everyone who are 6 months and older. High-risk people typically include seniors, children between the ages of six months (the earliest point at which flu vaccine is given) and five years, pregnant women and people with certain health conditions. Some also covered are people who care for these high-risk individuals and could transmit flu to them, though the list differs from province to province and people in doubt should check their health ministry’s website or ask a doctor.