The cat illustrates a quantum wave function in which it expresses all motion in the form of a series of probabilities, the scientists explain.

To know whether the cat is dead or alive all you need to do is to peek into the Schrödinger’s box. Follow these steps:

Put a cat in a box with a vial of poison gas. The vial opens when a tiny piece of radioactive metal emits an alpha particle as it decays. The emission of alpha particle is a quantum-mechanical process. This means whether it happens in any given stretch of time it is basically random. 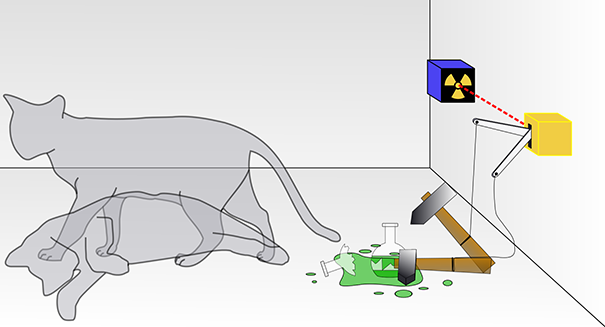 They further illustrates, there is a 50 percent chance of cat being alive and equal chance exists for it to be dead. Until we look inside the box, both the possibilities exist equally, and therefor we can say cat is in two states.

Scientists say, Schrödinger’s cat helps in demonstrating the apparent conflict between what quantum theory says is true and what we observe to be true.