Philadelphia police on Saturday arrested the absconding student who is suspected to have involved in a school shooting incident that left two students injured on Friday.

17-year-old Raisheem Rochwell was sent behind bars on Saturday morning. He is charged as an adult for his alleged involvement in the shooting incident.

A girl and her boyfriend, both 15, got wounded when their fellow mate opened fire at them in the campus of Delaware Valley Charter High School. 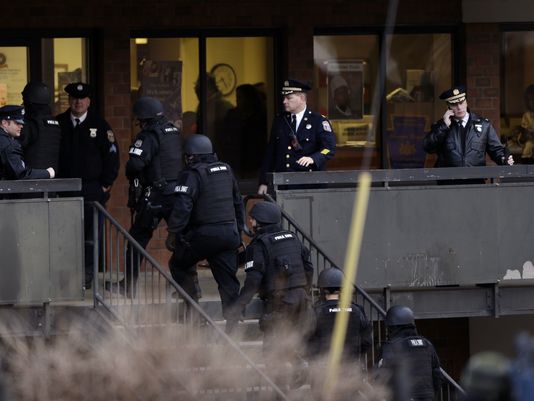 The initial reports suggest the shooting was accidental and happened while the three students were playing with the gun.

Both the victims were rushed to the nearby Einstein Medical Center after the unfortunate incident took place.

The girl, who was shot through the arm, was released from the hospital later on Friday after treatment. The boy, however, remains at the hospital. He was struck by the same bullet which lodged in his shoulder, police said.

After hearing the shocking news, the parent of one of the victim said, “A school is supposed to be a safe environment. Are you kidding me? Two kids just got shot. How was a child, or whoever, [able to] bring a gun up in the school?”

According to USA Today report, the school was closed and its 600 students were searched individually and released.

Shooting incidents especially those at schools are becoming a common event across the United States. This calls for a stringent gun law in the country.