You are here: Home / State News / Technology Has a Role in Teacher Misconduct 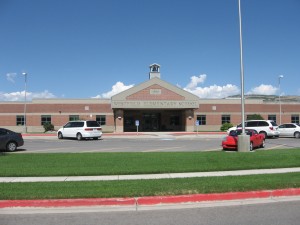 Education officials in Utah are debating how to deal with the increase in misconduct by teachers especially in the rise in crimes that are sexual, linked to today’s technology and social media.

The case of Charles Edward Weber, an educator in Utah has been nightmarish.

When Weber the former Soldier Hollow Charter School principal pleaded guilty last April to two charges of felony sexual abuse of a student who was just 15 years of age, he had had a number of prior perpetrations during a teaching career of 40 years.

Weber, who is 66, used his authority to find and then groom his victims. He targeted boys that needed help or special types of services and in return demanded sexual favors.

Weber is now serving a term of 10 years and faces more charges after more of his alleged victims came out of the shadows.

Not all cases are so egregious. However, sexual misconduct by teachers in Utah continue to make newspaper, television and Internet headlines even following years of debate over policy, demands for more action, crackdowns by the legislature and demand for more action and training.

Sexual activity that involves students accounts for up to 22% of the teaching licensing investigations that are pending. It leads all other forms of misbehavior, with second place being financial improprieties.

Officials however note that the cases involving sex tend to last longer, while school authorities and police investigate all the details.

While former educator Weber’s case was not involved directly with technology, an analysis has shown that tools such as the cell phone, social media and texting have increasingly become factors in the misconduct cases of teachers. Officials say that today’s digital exchanges allow teachers with problems to breach boundaries with their students outside the view of parents.