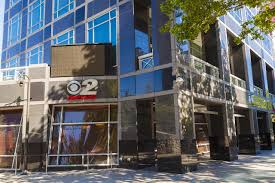 KUTV was announced as the latest winner of the late-news television ratings. During November, KSL climbed 3%, other stations suffered drops of 24% to 33%.

The November sweeps had KUTV first, KSL, KSTU and KTVX trailing behind.

In the Salt Lake City television market, there are approximately 917,375 homes in the Nielsen ratings and a rating point is 1% of that total.

There were a couple of developments that were quite significant that were out of the ordinary for the television market in Salt Lake City.

First, the audience, overall for late-news, fell by a significant amount from November of 2012. The ratings audience for total households for the four television stations combined was down by 20%.

Secondly, KSL increased a bit reversing its downward slide in the ratings. It was the only station locally to show any increase.

Growth was hard to come by as KSL was up 0.2 rating points in their 10 p.m. telecast or about 3%. However, the minimal amount of increase looks very good when it is compared to the three other competitors all falling significantly compared to the same period one year ago.

According to the numbers from Nielsen, close to 54,000 fewer homes watched late news in the area of Salt Lake during November of 2013, compared to November of 2012.

A number of factors could be involved in this but good weather usually will deflate most TV ratings. Utah had exceptional weather for the month of November.

Another reason the losses in viewership have occurred is the usage of streaming devices along with video recording which both are up across the market, said the general manager of KUTV.