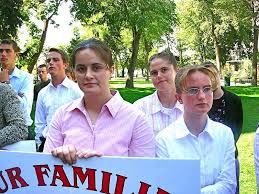 Groups advocating individual liberties and polygamy hailed a ruling by a federal judge on Saturday that key parts of the polygamy laws in Utah were unconstitutional, saying it is removing the arrest threat for those families.

Judge Clark Waddoups from U.S. district court said in his Friday decision that a provision in the law in Utah forbidding the cohabitation with another person was in violation of the rights of the First Amendment of freedom of religion.

His ruling was a win for Kody Brown and his 4 wives, who are the stars of Sister Wives, a reality show on TLC, as well as for other fundamentalist Mormons who say polygamy gives exaltation in heaven.

The Browns filed a lawsuit in 2011 and fled to Las Vegas from Utah in 2012 due to a threat of being prosecuted.

Co-founder of Principle Voices, a polygamy group, Anne Wilde who lives in Salt Lake City, said the families that are polygamous have lived with the threat of being arrested for many years and now do not have to worry about having a felony charge placed against them.

Experts estimated that there are 38,000 fundamentalist Mormons that believe or practice polygamy, with most of them living in either Utah or other states in the West. Wilde was a plural wife for more than 33 years until the death of her husband.

She said now that the threat of felonies are no longer over their heads, they feel much relief. They worried that a knock on the door would take their kids away and that is no longer the case, said Wilde.

The office of the Attorney General in Utah has not commented as to whether it will appeal the ruling.

Another group, the Libertas Institute, which protects the cause of individual liberties in Utah, said in a statement that the judge’s ruling was a new start and the invalidation of a law that was unjust.

The group said that while child abuse and child brides must be prosecuted, adults that are consenting in plural relationships should not be faced with legal penalties.