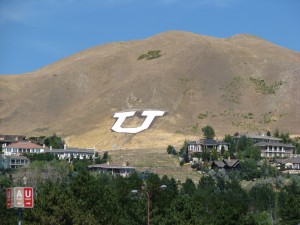 A man was attacked at a tailgate party at the University of Utah over the weekend. Police at the university are looking for the person or persons who hit the man during the tailgate party on Saturday during the Utes football game.

The man, Ryan Stone, who is 21, was attending the tailgate party during the Pac-12 conference football game versus the Arizona State Sun Devils Saturday afternoon.

The party was located close to the Steiner Aquatic Center on 645 Guardsman Way. Witnesses told local police that at 4:15 pm, when the game was in the fourth quarter, Stone became involved in a verbal altercation with someone at the party. The person then hit Stone, said the witnesses, who the University police would not identify.

University police said they did not know the number of times the man was hit, but the force of the hit was hard enough that is made Stone fall backwards and he then struck his head on the ground.

The person, who hit Stone, apparently left the man there. Bystanders are the ones who noticed the man lying still on the ground and immediately called for assistance, said police.

Rescue personnel rushed Stone to a nearby hospital and said the man was in critical condition with various skull fractures.

On Sunday afternoon, Stone was upgraded to a condition of serious and was said to be stabilized, said a police spokesperson.

Police investigators said they have people of interest they are attempting to contact and meet with. The police spokesperson emphasized that officers are not sure yet if the people of interest should be thought of as suspects in the incident or are other witnesses to the crime.

Officials could not say if Stone was a student at the University of Utah. The police spokesperson also said they were not sure if Stone had been hit with an unidentified object or had been punched.

However, police did say they were almost certain that alcohol did play a factor in the incident on Saturday.

The University of Utah police said they would release updated information on the investigation and on Stone as soon as any became available.