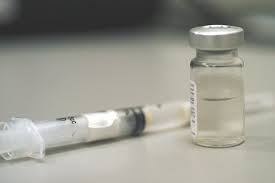 A mother from Utah said an autopsy was not needed to check on the reason for her son’s brain swelling that eventually led to him dying. Sandy Webb said her son died due to the flu shot he was given.

Webb said her son, who was 19, died last week after spending close to one month in a coma.

Webb said late last week she believes her son died due to a bad reaction to a flu vaccination he was given October 15, one day before he fell dramatically ill.

The shot was part of her son Chandler’s routine physical he was given after deciding he would go on a Church of Jesus Christ of Latter-day Saints mission.

Webb’s doctors would not discuss the case. Officials from the public health department emphasized how safe the vaccine is, with serious side effects being very rare.

Webb’s mother said the direct cause of her son’s death had been brain swelling. She said her family was angry because they believe the vaccine caused the swelling.

No autopsy was performed with the reasoning being a brain autopsy would be sufficient to determine the young man’s death.

In all six neurologists treated the young man in Murray, Utah at the Intermountain Medical Center. The tests they performed checked for ailments from West Nile Virus to Lime disease to STD’s but nothing was found as a cause for his sickness.

A spokesperson for the Medical Center said the hospital was barred from speaking about individual patient cases. The Health Department for Utah said the state knew about the case, but was not able to verify the cause of Webb’s death.

Serious side effects said officials are quite rare. Some 130 million nationwide have the vaccine, close to 50% of all Americans, each year.

Of the total that have the vaccine close to 1,000 have some form of reaction and approximately 140 or less than .0001% of all those immunized report side effects that are serious.

Though scientists have staunchly supported the vaccines as well as their important role in the health of the country, they have become a controversial topic of late. Webb said she had been aware of concerns about the vaccine.