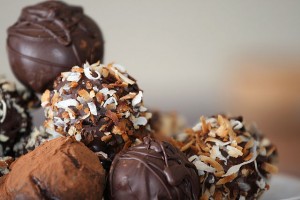 Companies in Utah that offer fine chocolate are becoming more and more popular and could put the state on the culinary map. Industry experts are saying that the chocolate trade in Utah is quickly growing. One such expert predicts that in less than five years, the state will be the country’s central location for chocolate.

That bold prediction is backed due to the increasing popularity of the chocolate movement dubbed “bean-to-bar,” and the amount of new companies that are expected to start operations inside Utah.

Domestic producers of bean-to-bar in the region of the Rocky Mountains, which includes New Mexico, Idaho, Kansas, Colorado and Utah, have increased by 83% over the last 12 months, said one Whole Foods specialty chocolate buyer.

At least four new companies directed toward specialty chocolate production will launch over the next 12 months in the state.

One expert specialty chocolate buyer says the samples he has tasted are better than New York and San Francisco’s absolute best.

This industry know as bean-to-bar is very young, gaining its popularity within the last 8 to 10 years. This means that since Seattle is considered coffee land, Utah could one day be the same for artisan chocolates.

The spurt in the industry’s growth has been quite evident over the last 180 days says an expert. Consumers have started to develop a better awareness of the production process behind the making of chocolate and how that is an influence in the flavors.

Terroir is a term that is often associated with types of soil as in relation to growing of grapes for use in wine, and is now in conversations relating to chocolate beans.

These beans take many months to grow and even longer to ferment. Consumers have become willing to pay much more for the unique difference within each product of chocolate.

Often times consumers now look for the artisan chocolate to have a story behind it or that the maker uses a new innovative method to process, make or market the product.

Experts believe the groundwork is being laid in Utah at a grassroots level that will help it to one day become the artisan chocolate capital of the United States.