You are here: Home / State News / Carbon Monoxide Leak Sends 40 to the Hospital 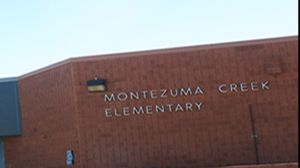 On Monday, a carbon monoxide leak forced the evacuation at an elementary school in remote Utah. The leak sent over 40 staff and students to different medical facilities in both Colorado and Utah. Two adults remained hospitalized overnight said officials.

Rick Bailey a spokesperson for San Juan County announced that three people had to be flown into hospitals in Colorado from the small town of Montezuma Creek located on a Navajo Reservation nearly 15 miles west of the border with Colorado.

The spokesperson said a female teacher had been moved from a hospital in Colorado to a facility in Salt Lake City. It was the closest facility that had hyperbaric chambers, which are needed to treat severe cases of poisoning from carbon monoxide.

Another staff member, who was also female, was flown into Durango, Colorado and was still there, said officials. A third grade teacher was also airlifted to Cortez hospital but she was released a short time later.

Thirty-three students and other staff members had to be taken in ambulances to different medical facilities in both Monticello and Blanding, Utah. Another eight people either rode with someone or drove themselves to a treatment center, said officials.

The leak took place at 8 a.m., as students and staff were arriving, but prior to classes starting. All 280 people thought to be inside had to be evacuated.

A medical worker broke a leg when attempting to jump for a wall. No further information at the time was available about that incident.

The school did not reopen Monday, but officials said it would be open again on Tuesday. The leak is thought to have been caused by one of the school’s hot water heaters that had a ventilation system that was blocked, said school officials.

The school is not outfitted with detectors for carbon monoxide, said the Superintendent of the school district. When emergency calls were received, over 10 ambulances responded as well as fire crews and multiple police vehicles.

The school has 200 students and officials said more would have become sick if the response time to evacuate had not been so fast.